The topics of posts you have been reading most over the last six months are wide-ranging. Concerns about the Alamo and Alamo Plaza tend to be remain your high priority, and the primary battle between Jerry Patterson and George P. Bush for Land Commissioner will keep these issues on the front page. I love it that you continue to help me promote Helen Madarasz as a ghost actively haunting Brackenridge Park.

The interest in our favorite restaurant in Budapest might arise not as much from regular followers as from Fricska’s loyal fans on facebook. San Antonio’s current Tricentennial Celebration seemed to send more people in search of “The San Antonio Song” written in 1907 by Williams and Alstyne. Thanks for your interest in my quest for a mini-Kate, and it makes me happy some of you heading to Guanajuato were aided by our restaurant suggestions.

So here’s your top 12, with the numbers in parentheses representing the rankings from six months ago:

And the best part of number 12 on your list is that our bidding ciao to Italy “for now” appears accurate. Will be taking you there through pictures later in 2018. For now, though, delivery of postcards from the fall trip to Mexico City was delayed by the holidays. They will be dribbled out over the next month.

Thanks for dropping by periodically. Always welcome your feedback. 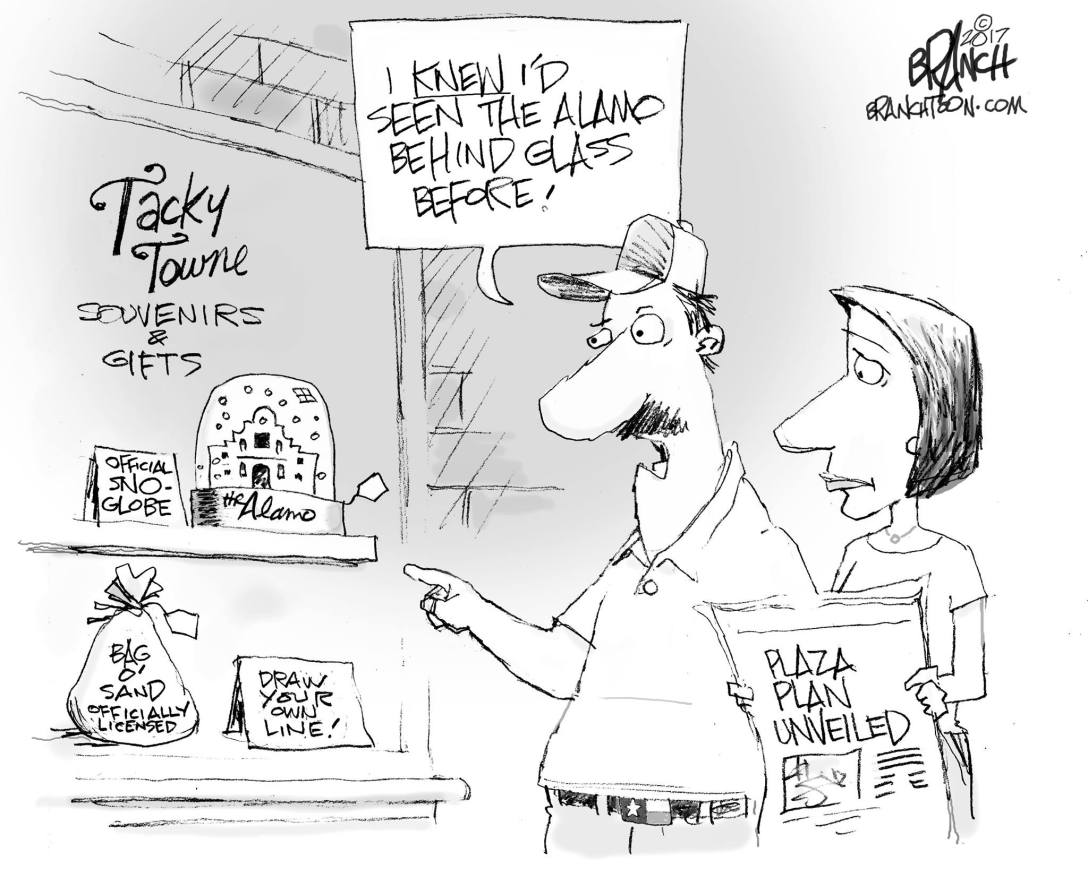 Thanks so much, John Branch, http://comicskingdom.com/john-branch

Okay, the biannual roundup of what posts you read most during the past year is not exciting, but it always interests me.

As usual, he Alamo floats up near the top. While lots of you read my “Dear Mayor” post, it seemed to have little impact at City Hall despite its direct delivery to the inboxes of the 11. I actually was writing about the Alamo some yesterday, slipping Alamo politics into the historic fiction manuscript on which I am focusing. The passionate stands and debates about the Alamo and its plaza a century ago differ little from those of today.

You hold the King William neighborhood and Brackenridge Park dear as well. And am hoping some of our recent travels help serve as inspiration or guides for yours.

The numbers in parentheses represent the rankings from six months ago:

Thanks for dropping by periodically. Love hearing your feedback.

“The Dock of the Bay,” Otis Redding

Sometimes a song refuses to leave you. A marimba melody would be more appropriate, or the operatic chorus of the tamal vendor or the chant of the man pushing the cart hawking pulpo for sale.

But every time we left the house in Campeche, Otis Redding’s tune insisted on inserting itself in my mind. Of course, this meant I ambled along slowly. I was considerate enough not to let the Mister know lest he also would catch the musical infection.

This affliction does not mean a visit to Campeche is wasting time, but the city is so amazingly laidback. Even the major patriotic gathering to counter abusive trumpeting coming from El Norte in January resembled a family picnic more than a protest march.

When you ramble somewhat aimlessly, omens sometimes cross your mind. Sitting in a bayside seafood restaurant, a bird suddenly plopped down dead right next to our table. Unsure of the meaning of the occurrence, I decided it definitely was a lot closer to the adjoining table. If the omen was bad, it must belong to them.

And, then, in this time of post-election uncertainty, there was the inverted “El Viejo” boat seemingly symbolizing our retirement plan gone awry…. Surely, they won’t take away the healthcare benefits of these particular viejos not yet eligible for Medicare?

Soaking up the sun, the Crayola colors and the warmth of the people easily trumped these possibly ominous omens. And the trust. The painter at the top of a ladder placing his faith in his fellow worker perched on a quivering board below. The glowing Virgin of Guadalupe protecting the fishermen headed out before dawn.

It was almost Lent, and I mentally treated worries about gringolandia the way they kick off Carnaval in Campeche. The pre-Lenten festival begins with a festive  funeral procession. An effigy of a pirate is placed in a coffin and burned – the symbolic burial of all bad moods as the celebration gets underway.

Relaxing completely for three weeks, omens mellowed out and merged into positive signs for the coming year. Surely that bird signified ending one chapter in my life and the start of a new phase. This was strengthened by the typewriter fixating my gaze.

Returning to San Antonio, I finished work related to the manuscript on the history of the Coker Settlement and transformed from a nonfiction writer to one once again hearing her characters converse while soaking in the tub. When you involve as many characters as a Russian novelist, their conversations extend baths to toe-shriveling lengths.

One day, I will finish this epic tale of Hedda Burgemeister and San Antonio’s beer baron.

But along the way to completion, I might have to take a trip or two to seek out more good omens. A girl can never have too many of them.

And, hey, it’s the weekend. Go ahead and let this mellow melody wash away your worries: