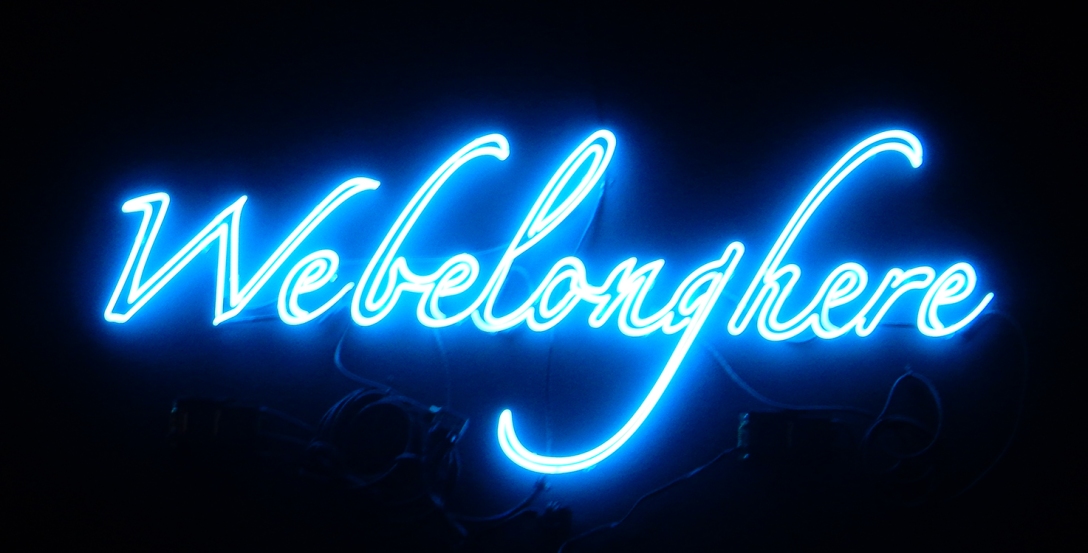 There is Eugene Delacroix’ “The Massacre at Chios,” with its 1824 showing in the Salon de Paris igniting European concern about tragedies occurring during the Greek War of Independence.

There are Francisco Goya’s “Fatal Consequences of Spain’s Bloody War with Bonaparte, and Other Emphatic Caprices,” prints so controversial they were not published as “The Disasters of War” until 1863, 35 years after his death.

There is Pablo Picasso’s “Guernica,” his 1937 painting of the German bombing of a Basque town that attracted the world’s attention to the atrocities occurring during the Spanish Civil War.

And now there is Vincent Valdez’ haunting 2016 black-and-white monumental depiction of Ku Klux Klansmen in “The City I,” owned and currently on exhibit at the Blanton Museum of Art.

This could be any city in America. These individuals could be any Americans. There is a false sense that these threats were, or are, contained at the peripheries of society and in small rural communities. . . . It is possible that they are city politicians, police chiefs, parents, neighbors, community leaders, academics, church members, business owners, etcetera. This is the most frightening aspect of it all.

Vincent Valdez was born and raised in San Antonio; an artist about whom we boast. Yet you want this enormous painting stretching across the gallery wall to please be a scene from any other city in America. Please not here. Not my neighbors.

The KKK and other racist groups exist throughout the country; denial does not help; you cannot simply wish them away. They might indeed be your neighbors.

The menacing eyes peering out from the holes in the white hoods glare at you, following you around the room. There is no place to hide.

We have interrupted their gathering. The group looks warily at us as we look at them; no one appears to be welcome here.

After viewing Valdez’ powerful punch, the antidote in the next gallery, a 2012 neon by Tavares Strachan, offers relief. “We belong here.”

As humans, we all struggle with how we fit in and belong…. Who gets to determine who belongs where? And where is here? And why does it matter?….

Given my history of promoting the elevation of the June 13 feast day of San Antonio’s patron saint to a major celebration (for example, here), I feel it a betrayal of Saint Anthony of Padua, originally of Lisbon, that I am not featuring his image at the top of this post. After all, there is a splendid statue of him cradling baby Jesus prominently displayed in the entrance hall of the San Antonio Museum of Art as part of its tricentennial exhibition, “San Antonio 1718: Art from Viceregal Mexico.”

But I gravitated instead to a detail of “The Mystical City of God,” painted by Cristobal de Villalpando in 1706 and on loan from the Museo de Guadalupe in Mexico City. Depicted in front of the “The Mystical City of God,” envisioned in her 1668 multi-tome work chronicling the life of the Virgin Mary, is Sister Maria de Jesus de Agreda (1602-1665), one of my favorite saints capable of bilocation.

Yes, I realize Saint Anthony had mastered that art centuries earlier. He was known for his capability of preaching a sermon at the altar at the same time he was up in the loft singing with the choir. And then there was the rather remarkable occasion he was in Italy while simultaneously appearing in Lisbon to testify on behalf of his father, who was falsely accused of murder.

It is believed this painting was commissioned by Fray Antonio Margil de Jesus (1657-1726), the Franciscan priest who walked barefoot from Zacatecas to San Antonio to found Mission San Jose y San Miguel de Aguayo in 1720. The art of bilocation certainly would have come in handy for the Franciscan, as he made that more than a thousand mile roundtrip hike across mountains and the desert twice.

But Sister Maria de Jesus de Agreda is particularly significant to the Americas because she bilocated across the ocean to the New World. A favorite advisor to King Philip IV (1605-1665) of Spain, Sister Maria de Jesus de Agreda is said to have been transported by angels to parts of what is now West Texas and New Mexico to teach Native Americans about Christianity as many as 500 times between 1620 and 1631. All the while remaining ensconced in the Monastery of the Immaculate Conception in Spain.

A Franciscan friar arriving in  New Mexico in 1629 found members of the Jumano tribes waiting, eager to be baptized. The Native Americans told him and other friars repeatedly they had been visited by a lady in blue who advised them too seek out the friars to complete their conversion to Christianity. The tales of the mysterious visitations of the lady in blue to the Jumanos were reciprocated by the descriptions of the outward appearance of the Native Americans to whom she had visions of teaching provided by the lady in blue whilst in Spain.

legend from “Martyrdom of Franciscans at Mission San Saba,” by Jose de Paez, 1765

detail from “Martyrdom of Franciscans at Mission San Saba,” by Jose de Paez, 1765

detail from “Martyrdom of Franciscans at Mission San Saba,” by Jose de Paez, 1765

Aside from the statue of Saint Anthony, the other images above are plucked somewhat arbitrarily from the more than 100 works in SAMA’s exhibition.

Monumental in size, “The Martyrdom of Franciscans at Mission San Saba” was painted in 1765 by Jose de Paez, recording an event that occurred only seven years earlier. Founded near present-day Menard in 1757, Mission Santa Cruz de San Saba was attacked by 2,000 warriors – an alliance of Comanche, Apache and other tribes who obviously had not benefited from any of the visitations of the Lady in Blue – on March 16, 1758. Eight people were massacred, and the mission was burned to the ground.

Love the white rabbit peeking out the sleeve in the 1789 portrait of “Friar Joseph Arriaga” by Manuel Montes. Saint Francis often is depicted surrounded by fluttering brown sparrows, and, in that tradition, this Franciscan has a sparrow or two peeking out from under his robe as well.

In sharp contrast to that gentle side of the church’s teachings, I offer a horrifying detail of “Allegory of the Confession of the Soul.” Makes one awfully happy for the opportunity the church extends to say three “Hail Marys” and two “Our Fathers” to have all your confessed sins forgiven. And then there are the cherubs in great need of watching their step balancing atop monstrous creatures from hell in a detail of “The Hernandezes Honoring Their Devotion to Saint Michael the Archangel,” 1818.

The lives of everyday people are featured in some of the assembled paintings as well. The body language of the Gutierrez family in their 1814 portrait conveys much about their roles. The daughter is learning the art of lacemaking from her mother, while the captain instructs his son in geometry. The father is posed in a way to block the access of the womenfolk to the mathematical problems. The future roles of the daughter and son are dictated by the lessons they are offered.

“San Antonio 1718: Art from Viceregal Mexico” remains on exhibit until May 13.

Went to a reunion of the three sisters over the holidays in Plano. As we drove places, I rudely kept remarking about the amount of rooftops. The mountaintops of shingles jut over the high privacy fences abutting most thoroughfares, one after another, all looking the same and periodically punctuated by strip retail on corners that all look the same as well.

Roofing must be less expensive than masonry because it appears the second floors were mainly shingled surfaces. After the violent hailstorms this past year, I would think a company such as USAA would offer major insurance rate discounts for the reverse.

Perhaps the rooftops were so noticeable to me because new subdivisions lack mature trees to break up the sea of roofs. How in the world can Santa tell the houses apart?

My observations of this unwelcome repetition is not meant as a criticism of Plano. It applies equally to the unimaginative architecture in developments ringing all major cities and every growing community in Texas.

Of course, I certainly would not want to see our flat rooftop replicated throughout a neighborhood. We live in a loft reclaimed from a small inartistic factory, but it is tucked in the middle of a rooftop-rich neighborhood. I’m spoiled by the total lack of cookie-cutter uniformity in the King William Historic District.

I snapped a few photos the other morning of views you would see if privacy fences ringed these structures. Fortunately, the facades are not blocked by fences, but I wanted to focus on rooftops. With the pecans and oak trees standing naked, this is one of the few seasons you can see most of these. Retaining their leaves, live oaks conceal some rooflines. As much as I wanted to include treetops silhouetted against the blue sky, I decapitated most of the palms to concentrate on what is on top of the structures.

The diverse attention paid to the design of roofs and their underpinnings is not restricted to Victorian mansions; builders of modest cottages demonstrated elevated aesthetic concerns as well.

So sorry I did not pass by my favorite onion-top roof, but knew I already had taken way more photos than necessary to make my point. Neighborhoods are more interesting when attention is paid to individualizing architectural design, and adding jewels to the crowns of buildings makes a walkable neighborhood even more so.

Apologies to my sister in Plano for my rooftop criticism, but I’m totally spoiled. What’s up top matters a lot to both Santa and me.