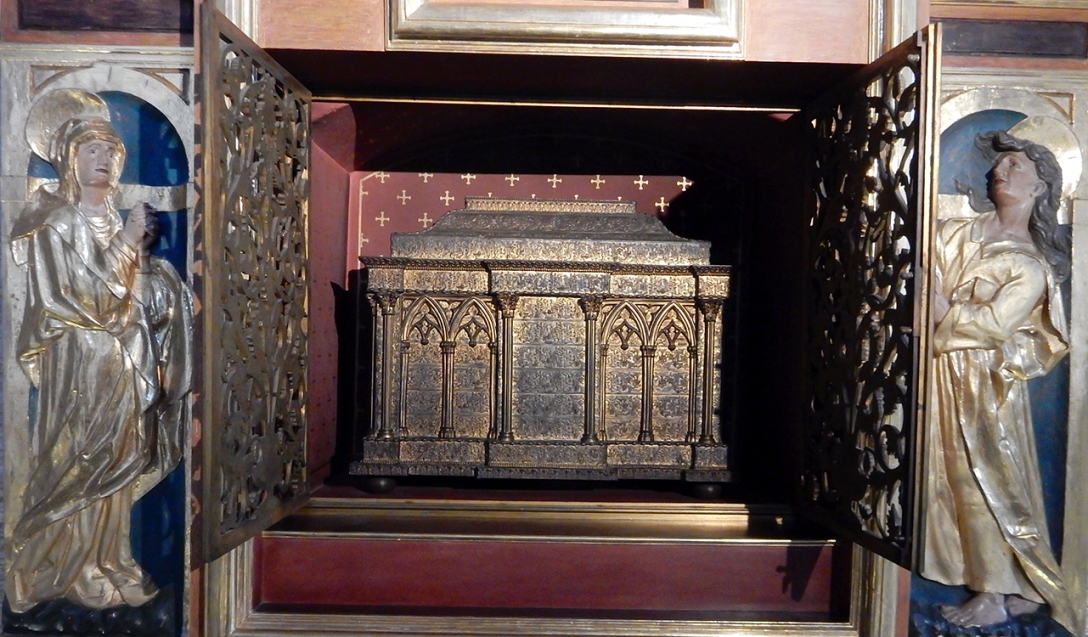 Above: Reliquary in the Basilica of Saint Sernin

Most people reading this headline would assume I’m talking about religious architecture, but those definitely are not the only bones on my mind. This does not mean that the architecture of the Basilica of Saint Sernin is not amazing; it is. So, we’ll just get those bones out of the way first.

END_OF_DOCUMENT_TOKEN_TO_BE_REPLACED

When Ferdinand III (1199-1252), King of Castile, conquered Cordoba in 1236, he launched a flurry of construction projects to formalize the city’s conversion to Catholicism. The mosques destroyed in the process provided convenient foundations and served as quarries for building numerous of these. Through the centuries, the original medieval structures received Renaissance alterations topped by a Baroque overlay. 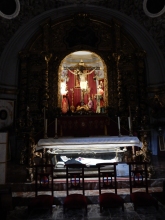 remains of a minaret inside Santiago Apostol

Shells left by pilgrims who have traveled the Camino de Santiago dangle from the statue of Santiago, or Saint James the Greater, in the temple built atop a mosque and dedicated to the saint. Following the death of Jesus, James proselytized throughout the Iberian peninsula before returning to preach in Samaria and Judea.

In the year 44, King Herod Agrippa I (11 BC-44 AD) ordered him beheaded, making James the first of the 12 apostles to be martyred. According to Acts 12:20-23, Herod himself perished later that same year because: “he had not given the glory to God, an angel of the Lord struck him down, and he was eaten by worms and died.” Legends associated with Santiago as the patron saint of Spain claim he, with neck intact, miraculously appeared armed atop a horse to lead outnumbered Christians to victory in a battle with the Moors – 800 years following his death.

And, continuing on a saintly topic, a large silver vessel enshrined in the Basilica of San Pedro contains a jumbled assortment of skulls and bones purported to belong to the Martyrs of Cordoba. According to accounts recorded by San Eulogio, these 48 Christians were beheaded by their Muslim rulers between 851-859 for their violations of Islamic law, mainly blasphemy and apostasy, or renunciation of the Islamic faith.

Eulogio’s writings, The Memorials of the Saints, ended abruptly upon the priest’s own execution in 859.