At the urging of President Mirabeau B. Lamar*, the Congress of the Republic of Texas selected a site on the Colorado River to serve as the country’s capital. In October of 1839, the government was loaded into oxcarts and moved to a site bounded by Shoal Creek and Waller Creek and newly named in honor of Stephen F. Austin.

By January 1840, the population swelled to 839, and the need for a cemetery was obvious. The original core of what would later become known as Oakwood Cemetery is marked on the right of the map above.

END_OF_DOCUMENT_TOKEN_TO_BE_REPLACED 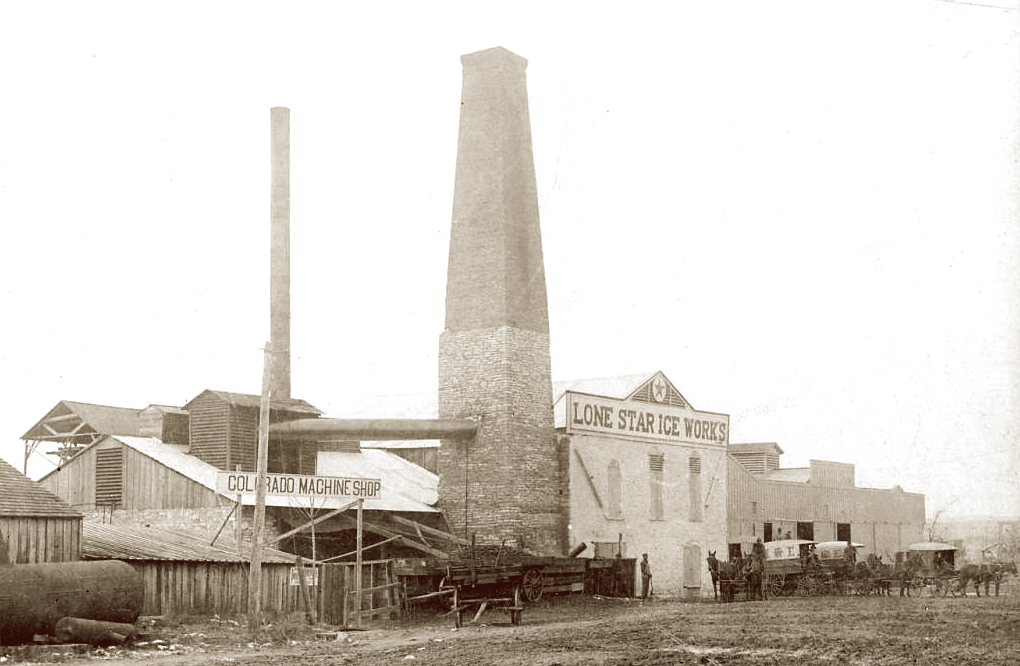 The loss in this climate is enormous and it is probably within bounds to say that at least one sixth of the gross output melts away. The manufacture of tons of ice and its delivery to customers at a cent a pound is one of the novelties of this age, and had you ever hinted such a thing 30 years ago you would have been looked upon as insane.

Born in 1858 on the banks of the Ohio River in Indiana, Andrew Jackson Zilker started working riverside as a stevedore and cabin boy while young. He stumbled across a copy of Henderson Yoakum’s extensive History of Texas, published in 1846, and began dreaming of Texas. He worked his way via riverboat to New Orleans; earned his way to Texas by driving oxcarts to San Antonio; and arrived in Austin at age 18.

The 50 cents in his pocket, according to numerous accounts, was quickly depleted – half for a bed on the first night and the other half for food. Hunger motivated him to land employment helping to construct the International-Great Northern freight depot and then the Congress Avenue Bridge over the Colorado.