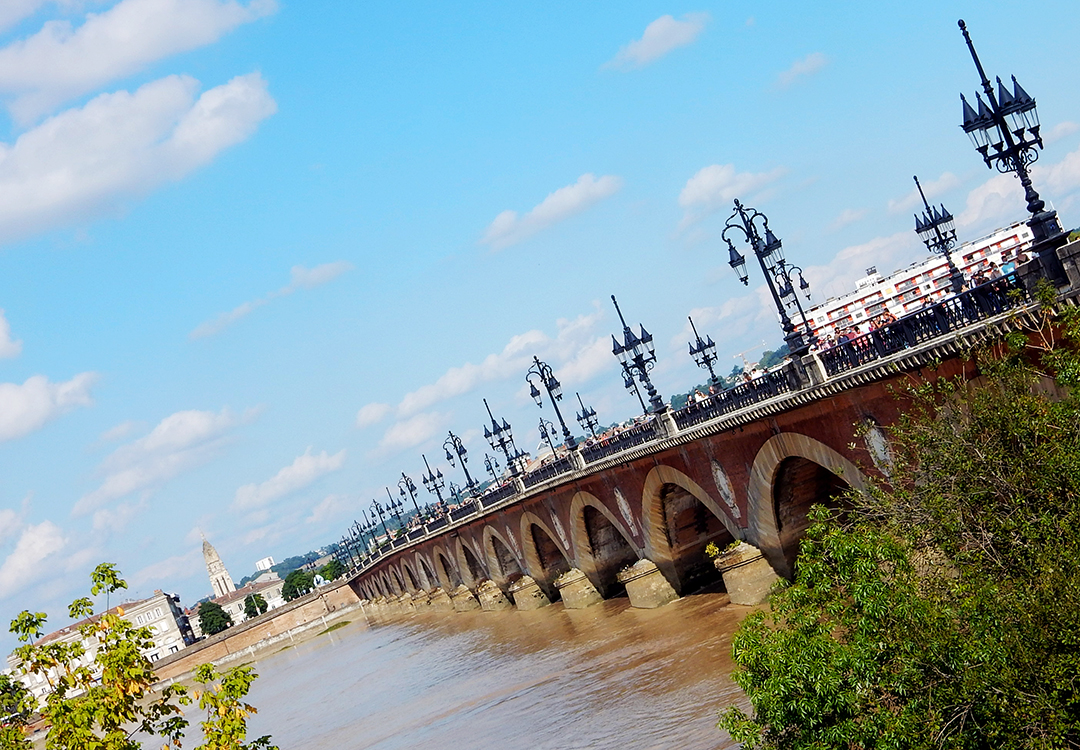 Successful warfare requires moving troops quickly, and, in full conquering mode, Napoleon Bonaparte (1769-1821) envisioned a bridge to provide easy access for dispatching soldiers toward Spain. While the design of the Pont de Pierre, or masonry bridge, was completed before his first fall in 1814, the construction was undertaken during the Bourbon Restoration period of the French monarchy.

Swift currents and high tidal swings complicated the building process. The French borrowed a British diving bell to assist with the installation of the massive stone footings in the river bed to support the 17 brick arches. It would be another 140 years before engineers attempted adding a second bridge linking the two banks of the Garonne River in Bordeaux.