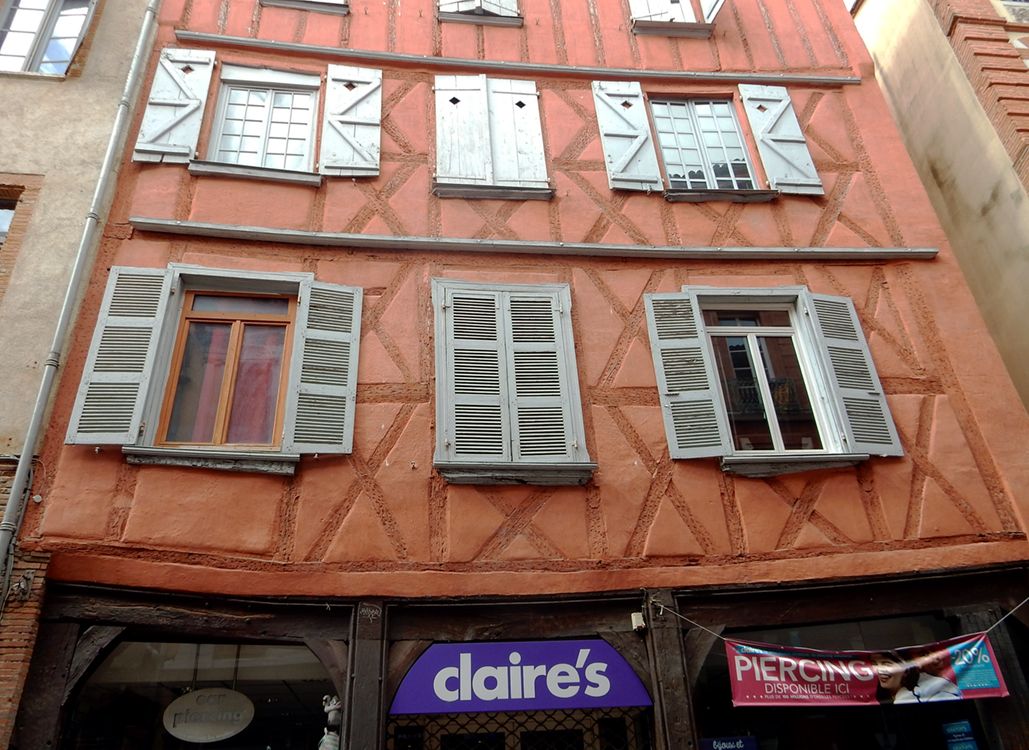 After the aristocratic, monochromatic ashlar (of large cut-stone masonry) buildings lining the streets of Bordeaux, walking the streets of Toulouse is like a double jolt of espresso. Yes, there are a multitude of stone-faced structures of the same period of affluence as those in Bordeaux, but there is also brick, tons of it. Often brick is laid in striking patterns contrasting the red with stone.

But, for now, I’ve isolated a few of what certainly appear amongst the oldest group of structures in the historic center of Toulouse. Without turning to experts to verify in each of these cases, these half-timbered houses with brick infill probably date to the 16th century. Several are constructed of Roman brick, shorter in height and wider than more “contemporary” brick.

Timbers of some sag visibly, seemingly tired after centuries of bearing their heavy loads. As these are well-occupied, presumably these buildings are subject to rigorous inspections.

The “X” formed by some of the timbers was popular in the Middle Ages to symbolize the cross of Saint Andrew, one of the original apostles. Supposedly, at the martyr’s own request, he was crucified on an x-shaped cross because he deemed himself unworthy to be bound to a cross similar to that of Jesus. The popularity of the cross of Saint Andrew in construction was based on the belief it helped protect against fires.