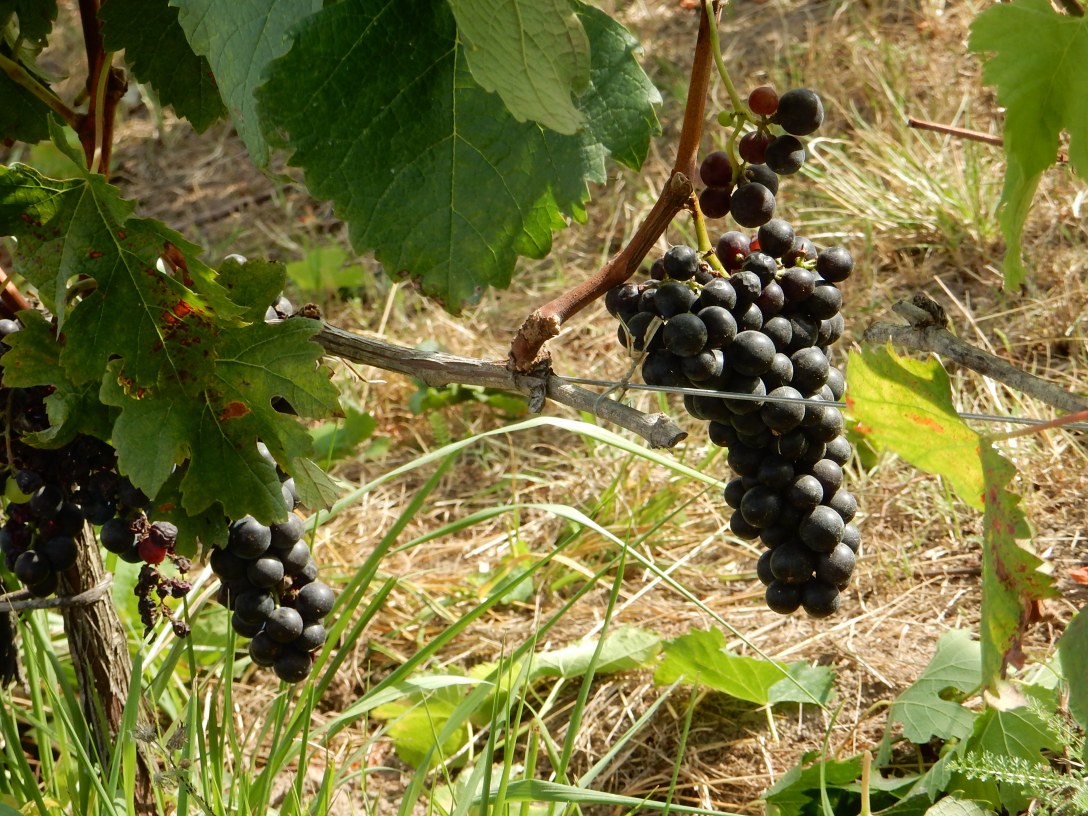 It’s all about the grapes here. And it’s been a rough year, with severe frosts followed by intense summer heat and mold-inducing rain. But the time is nigh for pickers to begin swarming through the tidy rows upon rows of carefully pruned vines.

The Romans were wise to plant and harvest grapes in this region, but the town itself originally developed around the life of its namesake saint. Emilion was an eighth-century monk whose baking talents led to his employment in the household of a count. The pious baker became known for taking some of the products of his ovens from the count’s kitchen to distribute to the poor. Not possessing the same generosity of spirit, the count fired his baker.

Disheartened, Emilion retreated to the countryside to become a hermit dedicated to his Lord. He settled himself by an enormous limestone rock and began carving a home for himself at its base. Gradually, more and more people sought the counsel of the holy hermit, and he gained a reputation as a miraculous healer. His followers multiplied and carved out more space in the stone to accommodate the faithful moving into the expanding manmade caverns to be near him. Hard to remain a hermit with all those roommates.

The popularity of the town’s patron saint did not decline after his death, and in the 12th century, under the rule of King Henri II of England and his queen, Eleanor of Aquitaine, construction of a monolithic church above the saint’s original cave was begun. What became the largest underground church in Europe is crowned by a steeple on the plaza above the rock. Underneath is a large network of the earlier caves and catacombs. As one who rarely passes up catacombs, it was disappointing when the visitor center’s computers went down, which meant they could not sell us a ticket to tour the church.

Construction of the town’s impressive Collegiate Church got underway in the 12th century, and its adjoining cloisters became home to monks of the Augustinian Order. Remnants of frescos indicate the interior of the church was once extremely colorful rather than bare stark stone.

Saint Emilion today has a population of less than 2,000; yet it draws well more than one-million visitors a year. While the town is picturesque, the attraction goes back to the grapes. Well, their end product.

An administrative body, or jurade, was established in 1199 to regulate the quality of the main product of the region. The town has evolved into a quaint shopping center for some of the best wines France has to offer, and there are abundant opportunities to taste. The red wines here are blended with grapes that thrive in the surrounding terroir, primarily Merlot combined with smaller quantities of Cabernet. Restaurants have sprung up to serve those in need between tastings.

Set amongst the vineyards, Saint Emilion is a beautiful town. But we came a-calling during a period where COVID has cut the number of visitors immensely. Would we have enjoyed the experience during what was previously a full-scale tourist assault? Probably not at all. If you are sophisticated wine sampler or have a specific Michelin chef you must visit, it probably is perfect. But that is not the profile of these more humble boulevardiers.