Things sure have changed since the last time I was here. It’s all growed up.

Anyone who has ever tried to stage anything festive in a meeting room in a Convention Center knows the difficulty of creating atmosphere without spending major amounts to dramatically alter the decor.  On my morning walks, I have discovered that deep under the Henry B. Gonzalez Convention Center is a new space that is a party waiting to happen.  Planners need only stock the bar and pass the hors d’oeuvres. 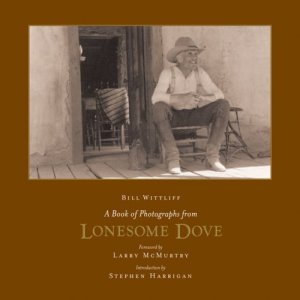 While I concede the room’s Lonesome Dove theme is a bit hokey for a spot in new construction overlooking the manmade water feature linking the Convention Center Lagoon to HemisFair Park, it is so refreshing to see something that doesn’t scream “you are about to be imprisoned in a stark meeting room for several miserable hours.”

There was no one to let me in for a closer look at 7 a.m., but the over-sized prints on the wall appeared to be copies of Bill Wittliff’s photos from the film.  Cowhide rugs are scattered on the carpeting, overstuffed chairs beckon people to sit a spell and horn chairs are scattered throughout  (Don’t think this photo from the city’s website actually does it justice.  Maybe it was taken before all the furniture arrived and artwork hung.).  As far as Convention Center space goes, this place actually looks downright hospitable. 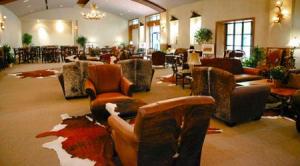 Currently, the river level of the adjacent Lila Cockrell Theatre is masked for a fashion makeover.  The pleasant surprise of Lonesome Dove makes me eager to see just what is going on under Miz Lila’s skirt as well.