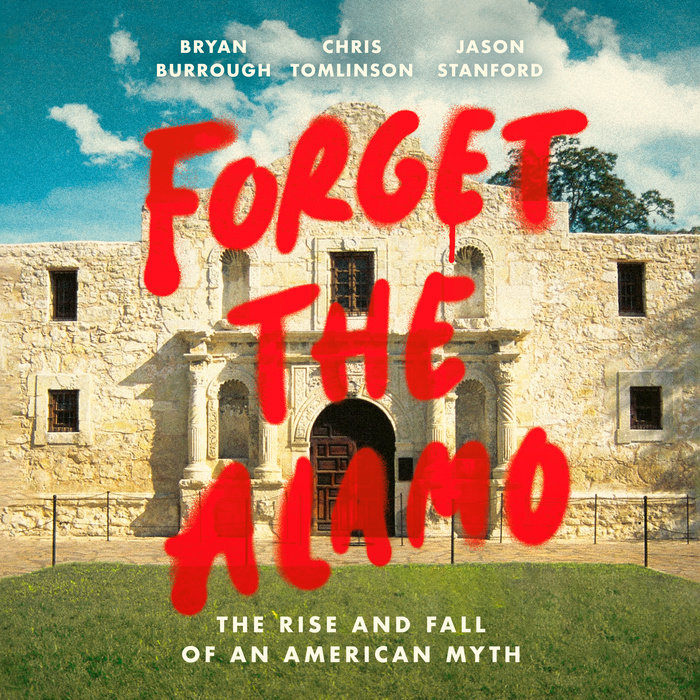 There we were, sitting beside each other. Phil and I. I’m talking about Phil Collins. But I just call him Phil now. Because I sat beside him for about one minute. As you can tell this is leading to one of celebrities’ worst curses: people who don’t know them writing about them.

Okay. I admit it. Phil and I scarcely could be called friends. But someone needs to rise to his defense.

In Forget the Alamo, authors Bryan Burrough, Chris Tomlinson and Jason Stanford lay bare major flaws of men many Texans have elevated to heroic heights for their roles at the Alamo. They also illuminate less-than-noble reasons Texians were revolting against Mexico, including the preservation of slavery. This has so angered some of Texas’ leaders that their rhetoric against the book has helped it skyrocket up the bestseller list.

I have no arguments against any of the above issues raised by the authors. In fact, for me, this 1837 advertisement from the Telegraph and Texas Register illustrates one of the saddest stories emerging from the Alamo. Joe survived the Battle of the Alamo. Should not his service to the new Republic of Texas while enslaved to William B. Travis have been enough to secure his freedom? All the others who fought in the Texas Revolution received generous bounties of land. All a white man needed to do was cross into this new country to obtain a land grant. But not Joe. Exactly a year after the Battle of the Alamo, he became a fugitive fleeing to attain his freedom.

The authors of Forget the Alamo devote page after page to present an extensive case for questioning the provenance of numerous major items in Phil Collins’ collection of Alamo memorabilia that the musician has donated to the State of Texas for display in a museum setting. They became so focused on my friend that they cannot resist one last jab in the final paragraph of the book: “If Phil Collins wants to ‘Remember the Alamo,’ he is welcome to do so in the privacy of his own home.”

It is not Phil Collins’ fault that Texans gloss over anything non-heroic in their past. Like many a youngster, Collins became obsessed with the mythological portrayal of Davy Crockett on television and in films. As an adult, he turned that childhood fascination into collecting all things Alamo: “Every self-respecting musician is obliged to cultivate a hobby to relieve the stresses of the rock star life.” This hobby helped the musician navigate through a dark period when severe nerve damage in his hands made the drumming he so loved almost impossible.

Yes, as the authors repeatedly point out, there were warning signals about the authenticity of some of the items Collins was purchasing. He mistakenly placed too much trust in the men in Texas who served as his finders. He took their word over those of other experts. How many collectors of art and artifacts have been swindled in the past? Blame the swindlers, not the trusting.

Donating his collection of all things Alamo to the Alamo was not Phil Collins’ idea. He was approached with a request. Texas politicians, now in charge of the Alamo, over-eager to milk the iconic status of the Alamo for their own ambitions to campaign for higher offices, jumped on it. They were more than willing to ignore the opinions of their own experts, including Bruce Winders, cautioning them about parts of the collection. Phil, they promised, give us the possessions you so prize and for which you paid fortunes; Texas will build a museum to house them. There was no due diligence. Blame the power-hungry politicians, not the generous donor.

None of the current controversy is Phil Collins’ battle. Leave him out of it. Ripping the blinders off the portrayal of Texas’ past is not Phil Collins’ responsibility. It is ours.